Song and dance, but not enough story 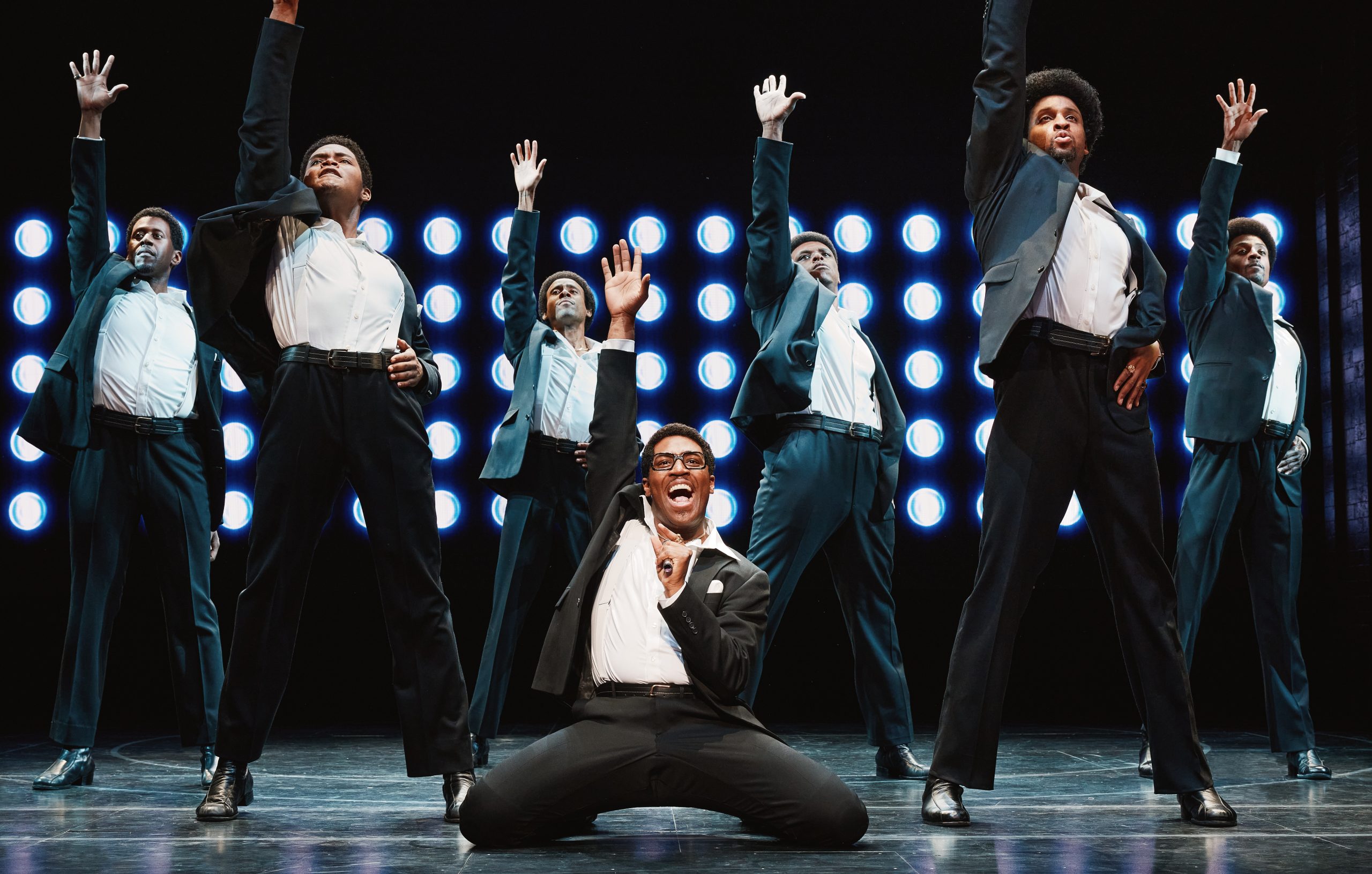 Here’s the TL;DR version of what to expect from Ain’t Too Proud, the new jukebox musical about soul/blues/disco/rock hitmakers The Temptations, whose catalog of songs spans the 1960s and the height of the Motown era through the disco beats of the 1970s and beyond.

The music—featuring more than 30 tunes from the Motown catalog—is irresistible and unimpeachable. In musical terms, director Des McAnuff’s production is a four-star endeavor.

But there’s also a story—more or less, but mostly less—surrounding that music. And in Dominique Morisseau’s book, the story of the Temptations is perfunctory, superficial, and offers little insight into neither the artists themselves nor the tumultuous historical context that surrounded and informed their art.

Backed by a power-driving live band conducted by Jonathan “Smitti” Smith, the five “classic” Temptations are impeccable: Holmes has a bass that feels like it’s bubbling up from the ancient depths of middle earth. Ruffin’s falsetto soars to the most delicate outer reaches of the human voice, his tone so high and delicate it could set a crystal goblet vibrating.

But when the music stops, Ain’t Too Proud ain’t so great. Characters are flatly one-note, even when their vocals are majestic and orchestral. And in lieu of narrative arc, the musical provides a repetitive carousel of bullet-point issues involving drugs, women, and egos.

Further, Morisseau’s book relies on telling rather than showing; founding member Williams often breaks the fourth wall to explain what’s happened or is happening or is going to happen, rendering what narrative there is inert and presentational.

In one particularly egregious bit of shorthand, Williams is faced with a choice between marriage or possibly facing statutory rape charges because his pregnant bride was underage when he impregnated her. He opts to wed. The fact that Josephine (Najah Hetsberger) was a child when Williams slept with her is played for laughs.

Finally, the production is marred by Peter Nigrini’s projection design, which seems created for a much larger stage. When the group tours and the names of various cities unscroll behind them, for example, the effect is that of an intricate Wordle. You can see some of the letters in some of the words, but it’s a puzzle putting them together.

Ain’t Too Proud could be a superpower if it was solely about the music and Sergio Trujillo’s sharp, sensual choreography. There are astounding death drops on display here, and some of the slickest, smoothest moves ever to grace American Bandstand.

Lose the book. Keep the cast and the band. Then, Ain’t Too Proud would be irresistibly tempting.

PS: Masks are required when attending BIC shows, but enforcement was lacking opening night. Several people directly in front of me—senior citizen white guys all—kept their masks around their chins throughout, presumably so they could sing along. It was alarming and aggravating. Brosefs: You aren’t the only person in the theater. And nobody paid orchestra-seat ticket prices to hear you sing.

English electronic duo Paranoid London can only be described as the rock ’n’ roll specters of acid house. When they ...

Happy days are here again with these upcoming events and things to do in the week ahead! FRI 5/27 This ...

For many, mental health has only recently come into focus due to the COVID-19 pandemic. However, for those of us ...

Horsegirl and the dream of a teen rock scene

Chicago native Paul Natkin is a prolific concert and portrait photographer who’s shot more than 4,300 musicians and celebrities since ...