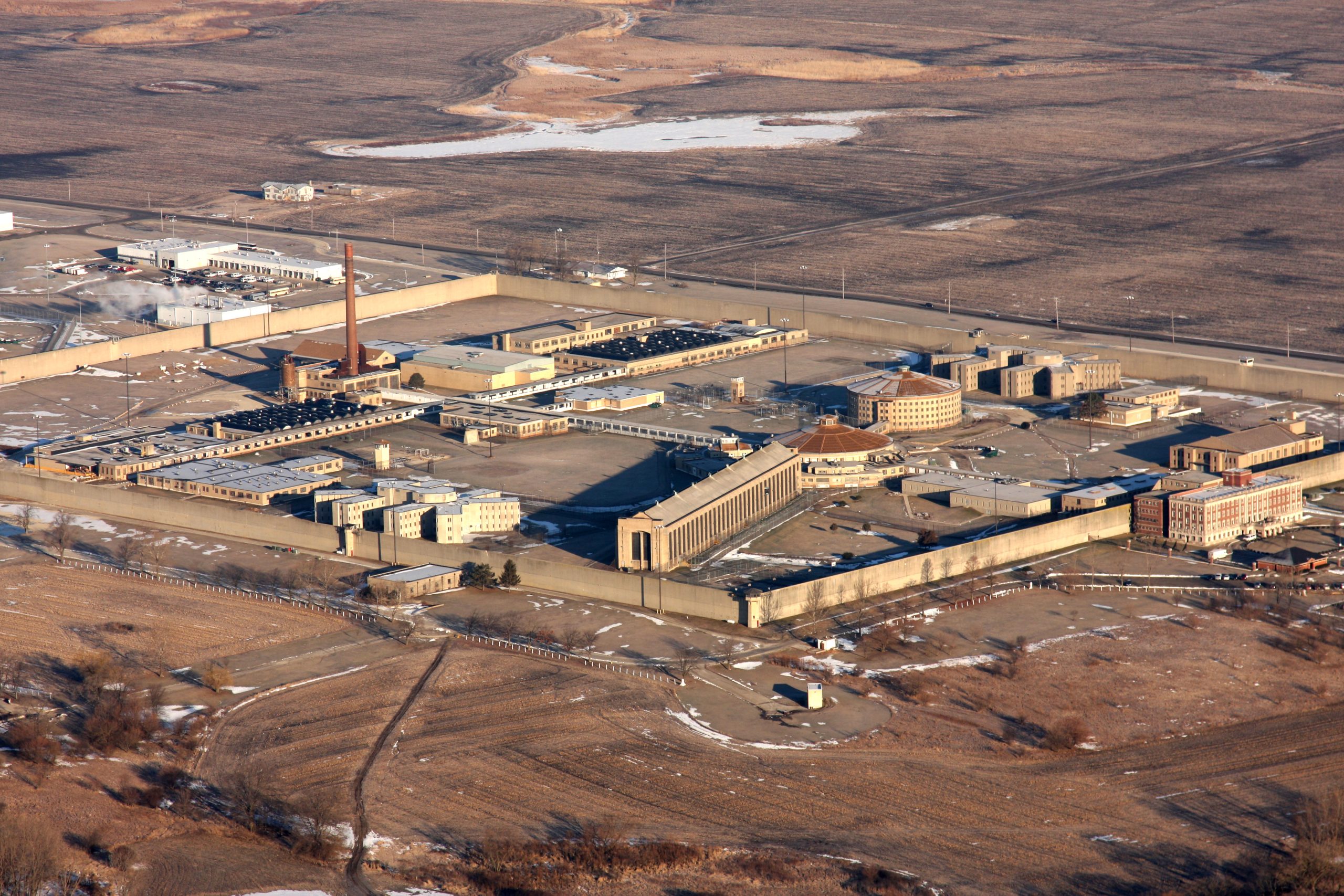 For many, mental health has only recently come into focus due to the COVID-19 pandemic. However, for those of us incarcerated by the Illinois Department of Corrections (IDOC), mental health has long been an issue and point of struggle. Serious mental illness has become so prevalent in the American corrections system that jails and prisons are commonly called “the new asylums.” According to the Bureau of Justice, there are more people with mental health issues in prisons across the country than all the nation’s state-run mental hospitals combined.

The pandemic has made it even harder to maintain mental health in prison.

In 2016, the Treatment Advocacy Center put out a report in which they estimated that 15 percent of state prison populations suffer from a mental illness. The devastation of the pandemic, with more than a million American deaths, the economic strife that is affecting everyone, lockdowns, the unprecedented curbs on social interaction, no visits, and fear of illness has taken a great toll in prisons. In January 2021, 41 percent of adults who responded to a survey administered by the National Center for Health Statistics and Census Bureau reported symptoms of anxiety or depression.

This marked increase is prevalent in prisons as well. Men in here are suffering.

COVID-19 has ravaged the Illinois Department of Corrections (IDOC) statewide both in terms of lives lost and mental health. I personally knew more than 20 men who died of COVID-19 in Stateville in 2020, and some of them were good friends, including my cellmate and best friend, James Scott. We all watched helplessly as they carried the bodies of our friends out of their cells. Some were close friends, others were family.

Many guys, including myself, find it difficult to cope with the grief and isolation. Some guys in here self-harm, others have openly spoken of killing themselves, and yet others turn to drugs. I’ve seen it, I’ve had a cellmate kill himself. The guys who turn to drugs are attempting to relieve their anxiety and depression. One of my friends, Lamont Griffin, told me, “I’m exhausted all the time, yet falling asleep is hard. My mind focuses on every problem, question, and concern.” I’ve heard this exact same thing many times.

In Stateville—and IDOC facilities statewide—there are court-mandated doctors and other mental health professionals. If not for a court order stemming from a lawsuit, IDOC would not have any mental health care available to incarcerated people. The professionals that do work here are severely understaffed and overworked. They are hampered by IDOC’s policies and dictates. IDOC creates obstacles and interferes with their work.

Mentally, I’m not OK. I struggle with bouts of depression and anxiety, the loneliness is sometimes unbearable. It’s crushing. I don’t sleep well, I have insomnia, and when I do manage to get some sleep, I have nightmares. I’m not eating well, and sometimes my hands shake. I find myself struggling. Then I look around me and I see a lot of other guys going through some very similar things; some aren’t as bad, but others are worse. The pandemic has intensified mental health issues guys already had, and created new mental health issues in many of us.

I was not on the mental health caseload before the pandemic; I was one of those men who struggled silently. However, after James, my cellmate, died, I was in a very dark place. No one came to check on me. I took the step, and put in several requests to see someone from mental health. It took almost six months to even see someone at all! Six months I waited. Had I wanted  to hurt myself, I would have been dead.

This kind of wait is not the exception; it’s the rule. Such disconnects are commonplace in IDOC. I eventually ended up with a primary caregiver; she is caring, and it helps to see her. However, because of the lack of mental health professionals who work here, and the sheer number of people they have on their caseload, I only see her about once every six weeks. This is the best she can do, despite me voicing my need to see her more often on a regular basis. Once every six weeks seems to be about the best I can hope for. And it’s simply not enough. Even when you really want help, when you ask for help, it’s denied. For those of us who want our situation to change desperately, we simply have to do it on our own.

Every few weeks, a mental health professional makes rounds through the cellhouse. They stop at your cell door and ask if you need to see someone. They make it clear they are in a hurry to keep going. I stopped them once and told them I was having a difficult time. Things were hard at the moment, and I really needed help. They said, “We will put your name in,” and hurriedly left the door. They didn’t ask follow-up questions about whether I was OK, or what I needed help with. It took four weeks for me to even see someone. I never stopped them to ask for help again.

These “rounds” are mandated, and done to simply check a box; otherwise, they are pretty meaningless. I needed help at that time, and got none. This is the mental health situation at Stateville. It’s dangerously inadequate.

The criminal justice system is woefully ill-prepared to handle the needs of its mentally ill prisoners. The pandemic has only complicated matters. At an interpersonal level, some prisoners receive mental health services, while a vast majority are grossly underserved.

How can we change this? The hiring of more mental health professionals is a must; it is essential to more evenly distribute caseloads, and focus on those asking for help, as well as implement new programs. Second, mental health issues need to be destigmatized, and therapeutic approaches such as cognitive behavioral therapy, teaching problem-solving skills and lifestyle changes, training programs such as “Thinking for a change,” and Reasoning and Rehabilitation should be offered. Programs like these, as well as peer group counseling, and more frequent one-on-one talk therapy sessions, will all help those suffering from mental issues be better able to cope.

Why is this important? These men are in prison; they committed crimes. While this is true, they are paying their debt to society, and more importantly, they are human beings. The men in this place have themselves been victims of many kinds of abuse. Many have PTSD. Yet because they have been found guilty of committing a crime, and are considered to be perpetrators, there is no room to also be a victim.

These men should matter because they are human beings, and society should care because many of these men are coming home. These men will be thrust back into the community, having never received proper care or treatment for their mental issues. Leaving prison without guidance or referrals of any kind, or without medications, is a recipe for disaster.

Mental illness raises the risk of recidivism, as well as alcohol and drug abuse. These men need to be treated, and given the skills to cope with the issues that face them. Concentrating on violence and crime after the fact is a reaction, and it helps no one, especially the victims. Doesn’t it make sense to treat the men in prison before they get out, to meet these issues head on?

These issues need to be treated before they manifest into substance abuse and crime. Think of the crimes that could be prevented, simply by making sure prisoners receive competent, comprehensive mental health treatment.

Anthony Ehlers is a writer incarcerated at Stateville Correctional Center who contributes a regular opinion column to the Reader.

Whether you’re a calligraphy explorer or a hand-lettering veteran, check out the Newberry (60 W. Walton) today. They’ll be joined ...

This has been a year of tremendous changes at the top for Chicago theaters, with Susan V. Booth taking over ...

The Fabelmans is a story of how the things we love the most can bring us the most pain but ...

Love, Charlie: The Rise and Fall of Chef Charlie Trotter

One doesn’t have to be a restaurant industry insider to enjoy director Rebecca Halpern’s documentary Love, Charlie. Instead, Chicago’s buzzing ...

Sr. is capable of softening even the hardest of hearts. Not everyone is a film buff, but most moviegoers know ...