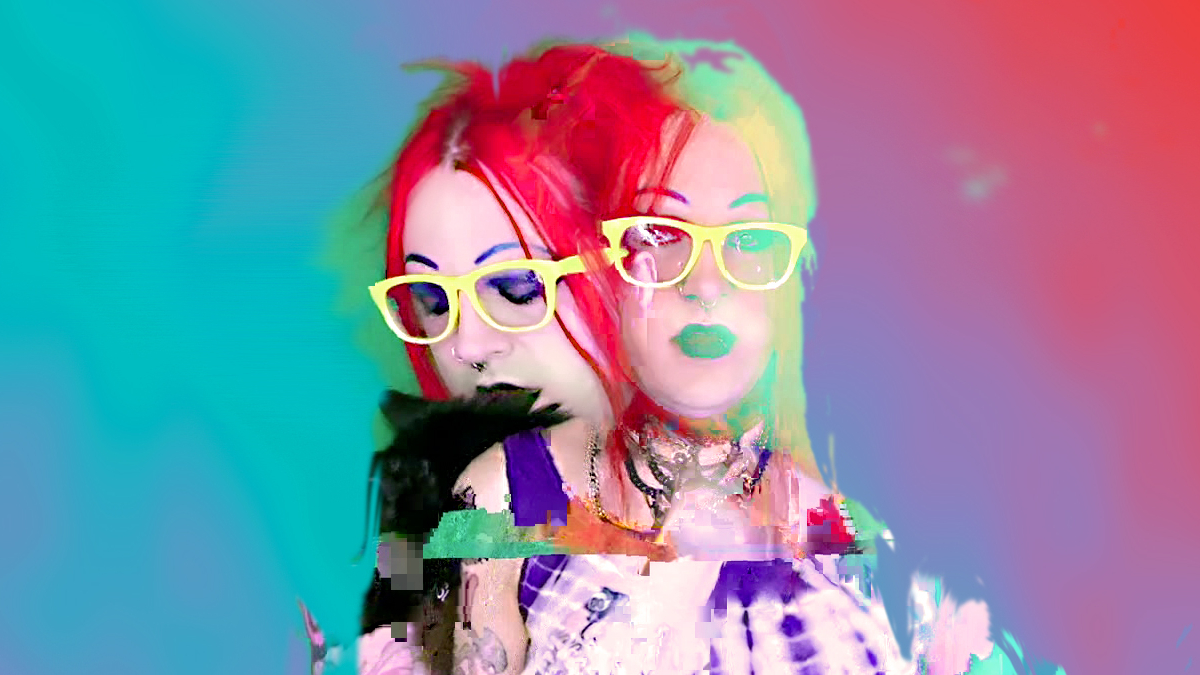 Gossip Wolf has long believed that physical releases from Fire-Toolz, the wonderfully disorienting flagship project of local electronic musician Angel Marcloid, will one day be swapped among fans and sought out in record shops like original pressings from Sun Ra’s Saturn label or early Trax Records singles. Marcloid is famously prolific, and the merch on her Bandcamp page now includes an awesome Fire-Toolz bucket hat, a spectacularly colorful fanny pack—and of course a new Fire-Toolz EP, which she’ll self-release on Tuesday, October 11. The lyrics on the 30-minute release I Will Not Use the Body’s Eyes Today. are as varied in their themes as Marcloid’s genre-obliterating, rigorously dense music is in its sound: she lists as influences “Vedic philosophy; Christian mysticism; fear of abandonment; emotional disconnection; attachment insecurity; self-sabotage; spiritual inclinations of consciousness; trauma healing; shame; emotional safety; connection to/interaction with God/source/spirit.” Fire-Toolz will perform as part of the one-day music fest hosted by local pressing plant Smashed Plastic on Saturday, October 1, at Workshop 4200 (4200 W. Diversey).

The cover art for the new Fire-Toolz EP is by Goo Age.

Autumn usually means the end of street fests, but the Empty Bottle is squeaking in one more. On Saturday, October 1, the Bottle hosts the second annual Thee Best Western block party on Cortez east of Western. The party has a doozy of a lineup, and aside from Brooklyn singer-songwriter Steve Gunn (who headlines) and Louisiana punk oddballs Spllit, everyone is from Chicago: Floatie, Gabacho, Fran, and Tommy Goodroad. The show starts at noon, and it’s free and all ages!

Whether you’re a calligraphy explorer or a hand-lettering veteran, check out the Newberry (60 W. Walton) today. They’ll be joined ...

This has been a year of tremendous changes at the top for Chicago theaters, with Susan V. Booth taking over ...

The Fabelmans is a story of how the things we love the most can bring us the most pain but ...

Love, Charlie: The Rise and Fall of Chef Charlie Trotter

One doesn’t have to be a restaurant industry insider to enjoy director Rebecca Halpern’s documentary Love, Charlie. Instead, Chicago’s buzzing ...

Sr. is capable of softening even the hardest of hearts. Not everyone is a film buff, but most moviegoers know ...